Tomos started playing rugby with Treorchy Zebras U7, with one of his brothers, while his Dad, Steve Williams, was coach.  “He coached us all the way up until youth, then I had a couple of games for Treorchy firsts, then went to Cardiff Blues U18 and signed an academy contract when I was 18.” said Tomos

Tomos graduated through the Cardiff Blues Academy, having earned international honours with Wales at youth level. Williams has gone on to make a number of senior appearances for Cardiff Blues, and to be capped by Wales Under-20s, whilst making a significant contribution at club level for Pontypridd.

In October 2016, Tomos signed a long-term contract with the region.

Scrum-half Tomos had his breakthrough season in 2016/17, making 25 appearances in all competitions and going on the Wales tour to the southern hemisphere over the summer, although did not win his first cap on this occasion.

In January 2018, uncapped Tomos was called up to the Wales Six Nations squad after Rhys Webb was ruled out through injury. He was later named in the Wales squad for their 2018 Summer Tour and in the starting lineup for Wales first Tour match against South Africa in which would be his test debut. He has now been called up in Warren Gatlands 39 man Six Nations squad.

Tomos has been described as quick off the mark, alert, an evasive runner who has a rapid pass and possesses an improving kicking game. He’s got exceptional feet, he’s very quick and one of the fittest in the squad.

The young scrum-half has been in scintillating form for his region and has been rewarded for his performances with another call-up to the senior international squad. 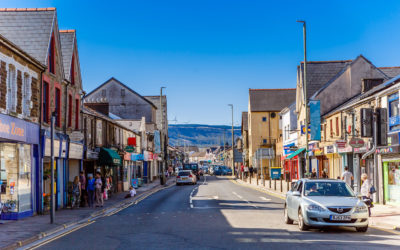 Treorchy has been shortlisted down to the final three in Wales and final twelve in the whole of...

END_OF_DOCUMENT_TOKEN_TO_BE_REPLACED

We use cookies to ensure that we give you the best experience on our website. If you continue to use this site we will assume that you are happy with it.Close